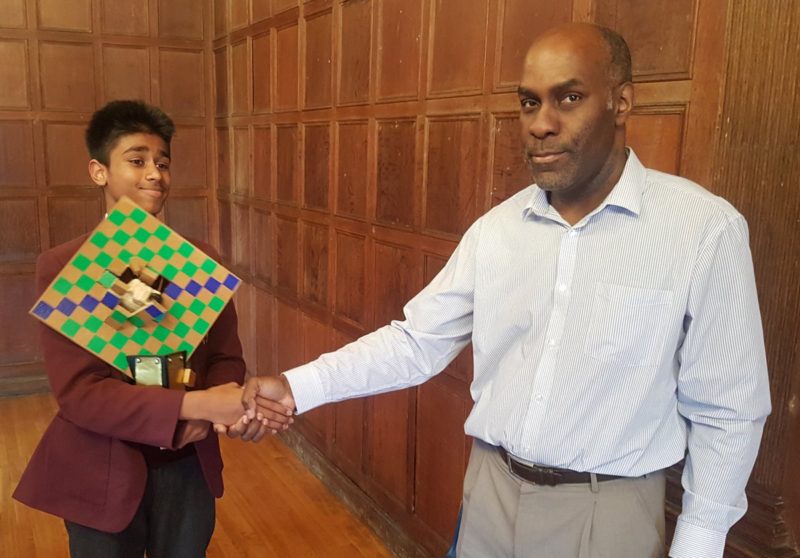 This term Mr Adegun has run his much loved Draughts Tournaments, with students choosing whether to compete or support. There have been three rounds and lots of complicated League tables, all professionally overseen by Mr Adegun. One student in particular has shown himself to be almost unbeatable: Naveen. When the students played in teams, they chose a country to play for and Jay and Samuel won for their choice of country